COP26 Comes to an End, But Our Commitment to a Plant-Based Food System Does Not 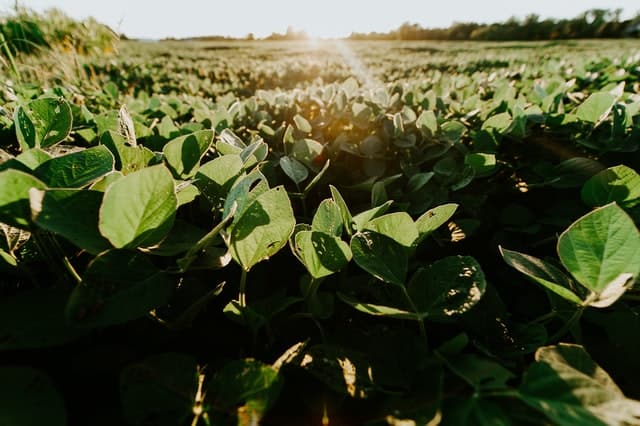 COP26, the UN Global Climate Summit, officially came to an end last week. There were many hopeful outcomes from the conference, including the Glasgow Climate Pact. Signed by 200 countries, the pact affirms their mutual commitment to cutting carbon emissions by 45 percent by 2030 in an effort to meet the Paris Agreement’s initial goal to limit global temperature rise to 1.5°C (2.7°F) above pre-industrial levels.

Measures to reduce emissions include efforts to “phase down” coal, and more than 100 countries agreed to reduce methane emissions by 30 percent and end deforestation in the next 10 years. Participating countries also agreed to reconvene in 2022 with more ambitious plans to reach these targets and submit annual reports summarizing their commitments. While we applaud these efforts and the commitments made, one issue remained on the table untouched: Food.

Our current global food system is responsible for over 30 percent of greenhouse gas emissions, and sustainable food systems are not evolving at the speed required to adequately address climate change. Current consumption patterns are still heavily skewed toward resource-intensive, animal-based foods, which exacts a massive toll on our planet. Industrial animal agriculture not only drives greenhouse gas emissions, but also places tremendous strain on our planet’s land, water, forests, and biodiversity; propagates antibiotic resistance; and increases the risks of foodborne illness and zoonotic disease.

Reducing emissions from our food system is essential to meeting the goals outlined in the Paris Agreement and Glasgow Pact to reduce the rate of global warming. A recent study found that global greenhouse gas emissions from animal-based foods are nearly twice that of plant-based foods. Shifting toward plant-based diets can not only play a role in curtailing emissions, but it can also re-allocate crops to feed people instead of livestock, alleviate growing resource inequities, and eliminate the suffering of animals in factory farms.

Working in connection with the International Plant-Based Foods Working Group, PBFA recently reaffirmed the following recommendations to world leaders to facilitate a shift to a plant-based food system, with the aim of meeting global climate goals:

Fortunately, efforts to create a more sustainable, equitable, and resilient food system do not end with COP26. PBFA remains committed to working with plant-based food companies, policymakers, our partners, and agricultural and market stakeholders to drive a much-needed shift toward a plant-based food system–for the planet and all its inhabitants.