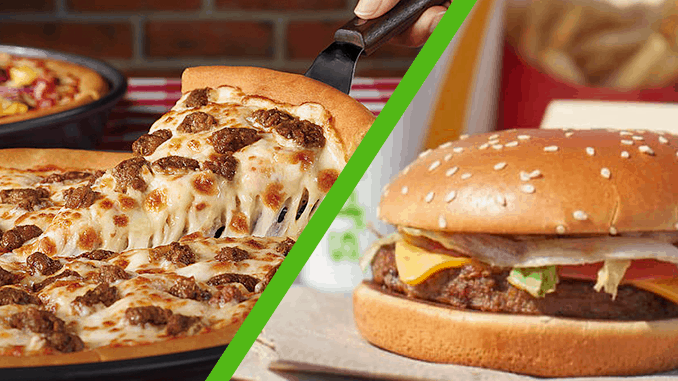 For both chains, the move into plant-based offerings comes after much anticipation from consumers, and rapid growth in plant-based food sales in the quick service restaurant industry from their competitors. Recognizing where food trends are heading and listening to their patrons’ requests, these companies have exemplified how plant-based foods have become a mainstream part of the American diet. Don’t just take our word for it- the proof is in plant-based food sales at other QSRS: Burger King’s Impossible Whopper generated a double-digit jump in traffic upon its initial launch, and Del Taco’s Beyond Meat taco became one of the best-selling new products in their history.

Though groundbreaking, this change does not come as a shock- retail sales of plant-based foods are way up, especially during the pandemic, with more people eating at home more often. While cooking at home has increased, in turn so has cooking fatigue- 55% of shoppers are eating at home more often since the pandemic began- and as of August, at least 25% are growing tired of having to cook more. It makes sense that when people feel too fatigued to cook and choose instead to order in, dine out, or go to the drive-thru, they want to see plant-based food options reflected there, too.

As we’ve mentioned, plant-based progress in this space is not limited to McDonald’s and Pizza Hut. Panera has announced a goal to have 50% of their menu be plant-based by 2021. Chains including Burger King, Carl’s Jr., Dunkin Donuts, Starbucks, White Castle, and many others have also moved towards increasing their plant-based options – and sales have been very strong. Burger King saw sales in its test market grow 28% when it rolled out the Impossible Whopper, and KFC sold out of its plant-based chicken in a matter of hours during its one-day test. White Castle locations that initially tested the Impossible slider experienced a 250% jump in sales!

This list of QSRs with plant-based options includes many of Pizza Hut’s locations abroad, which already offer plant-based cheese options. We eagerly await this addition to their US menu.

These updated menus solidify what we’ve been seeing come together for years: plant-based foods have become a staple in the American diet. We are thrilled that fast food restaurants are committed to the plant-based foods industry and look forward to supporting them as they continue to grow plant-based.