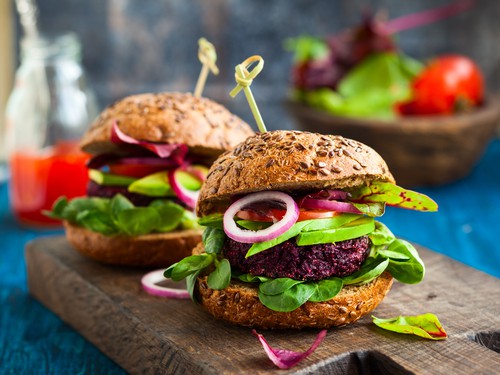 Status (4/13/21): PBFA founding member Upton’s Naturals joined forces with the Institute for Justice to file a federal lawsuit challenging a new OK food labeling law as a violation of the First Amendment. Unfortunately, a federal judge denied them, forcing plant-based companies that want to sell food in OK to redesign their labels as if plant-based foods are potentially harmful.

The following is a letter sent to Oklahoma Governor Stitt by PBFA’s Executive Director Michele Simon.

On behalf of the Plant Based Foods Association (PBFA) I am writing to respectfully request your veto of HB 3806, relating to the labeling of meat.

PBFA was founded in 2016 to represent the interests of companies producing plant-based alternatives to conventional animal products. Today, the association has grown to 175 member companies, ranging from small start-up food companies to established brands to ingredient suppliers. Many of our members make and sell meat alternatives using American-grown agricultural ingredients

HB 3806 as it pertains to plant-based meat labeling is unnecessary and is likely to be found unconstitutional if challenged in court.

HB 3806 is a solution in search of a problem. Despite the claims of the bill’s proponents, our member companies selling meat alternatives are already in full compliance with existing laws and regulations. Moreover, there is zero evidence that consumers are confused. To the contrary, our members proudly label their foods as not coming from an animal, and that is exactly what consumers who purchase these options are looking for.

In addition, PBFA has established industry guidance for the labeling of plant-based meats. These include recommendations that labels clearly indicate that the product is plant based by using phrases such as “plant-based”, “meatless” or “meat free”. These terms appear in a prominent position on the principal display panel of the product and provide sufficient clarity for consumers.

HB 3806 raises legal questions. Section 2 of the bill dictates how our members may label their foods. Attempts to impose restrictions such as these run afoul of First Amendment protections that allow companies to label their foods with clear, non-misleading terms.

Because the First Amendment prevents the government from restricting the free flow of information to consumers except in extremely narrow circumstances, bills such as HB 3806 are unlikely to withstand constitutional challenge in court. For example:

In recent years, several states have enacted laws to address labeling of plant-based meat alternatives. In most instances, we worked with state lawmakers in states to ensure that consumers are informed while protecting the rights of our members. But no law has taken effect over the objections of our members and others, due to the points made above.

Legislation approved in Arkansas, Mississippi, and Missouri have not taken effect due to court challenges and a law in Louisiana due to take effect later this year is likely to be subject to legal action soon. In Mississippi, where PBFA filed a lawsuit last year, the parties were able to come to a common-sense resolution.

Our members want shoppers in Oklahoma and across the US to be clear about what they are buying. Promoting consistency in labeling is why we adopted voluntary standards. We believe that such an approach ensures an open and competitive marketplace without the need for government intervention and interference with consumer choice.

To avoid consumer frustration and unnecessary and costly legal challenges, we urge you to reject HB 3806.