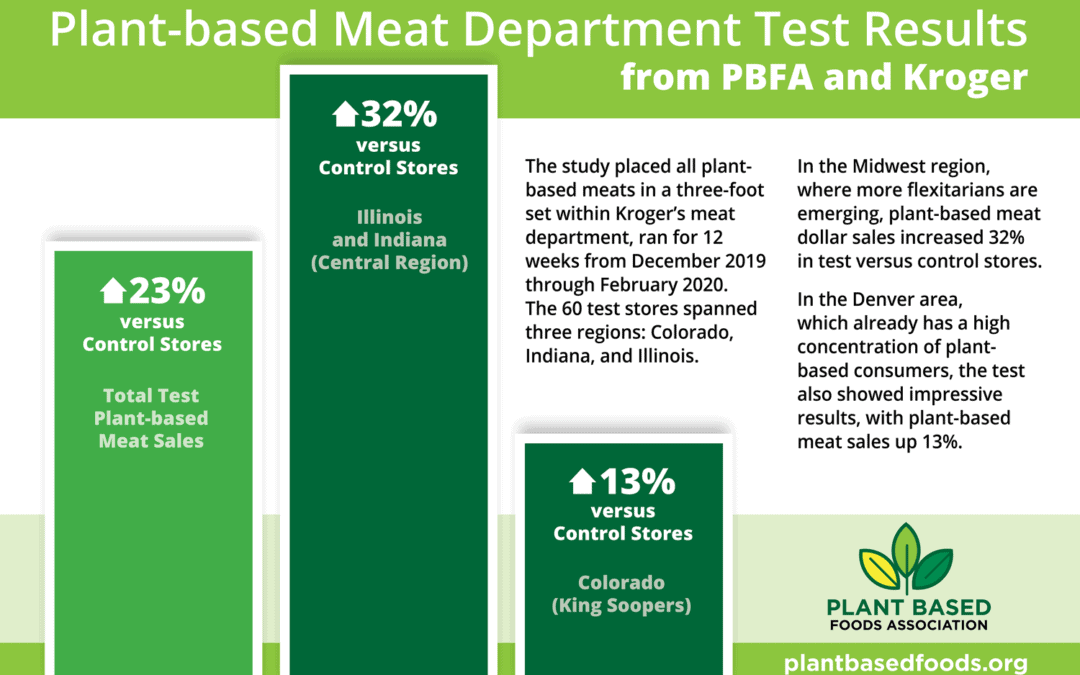 Our work has made headlines!

PBFA and Kroger, the largest grocery retailer in America, found that plant-based meat sales increased by 23% when those items were sold in the meat department.

This ground-breaking study, which placed all plant-based meat in a three-foot set within the meat department, ran for 12 weeks from December 2019 through February 2020. The 60 test stores spanned three states: Colorado, Indiana, and Illinois. Read more about the test on our press release.

See our media hits below!

Why Have Plant-Based Options in the Meat Department? (Retail Leader)

Does Plant-Based Food Belong Next to Meat? Kroger Thinks So (Benziga)

The Results are in: It’s Time for Retailers to Stock Vegan Meat Products in the Meat Case (VegConomist)

Beyond Meat and the Protein Prizefight for Rightful Place (Forbes)