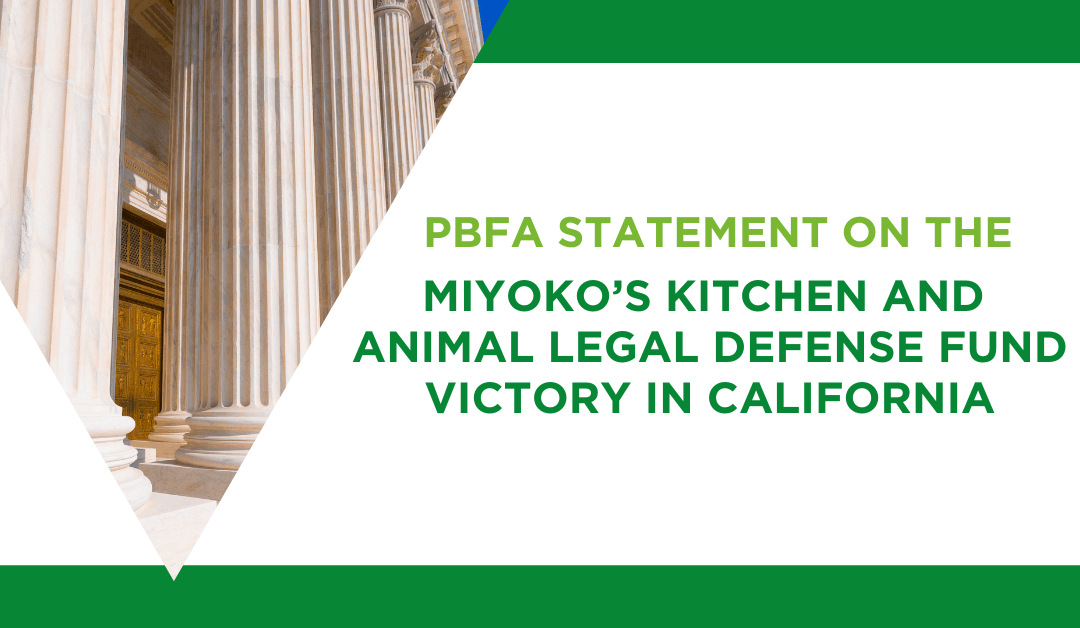 The Plant Based Foods Association (PBFA) celebrates the victory by Miyoko’s Kitchen and the Animal Legal Defense Fund over the California Department of Food and Agriculture as a win for the entire plant-based food industry. The rights of plant-based for companies to label their foods accurately and clearly with commonly understood descriptive terms such as “milk” and “butter,” alongside industry qualifiers such as “plant-based” or “vegan,” is one of the founding principles of PBFA. The U.S. District Court decision upholding the First Amendment rights of the plant-based food industry is further evidence that the efforts by the animal meat, dairy, and seafood industries to restrict plant-based labeling rights are not only baseless, but a waste of government resources.