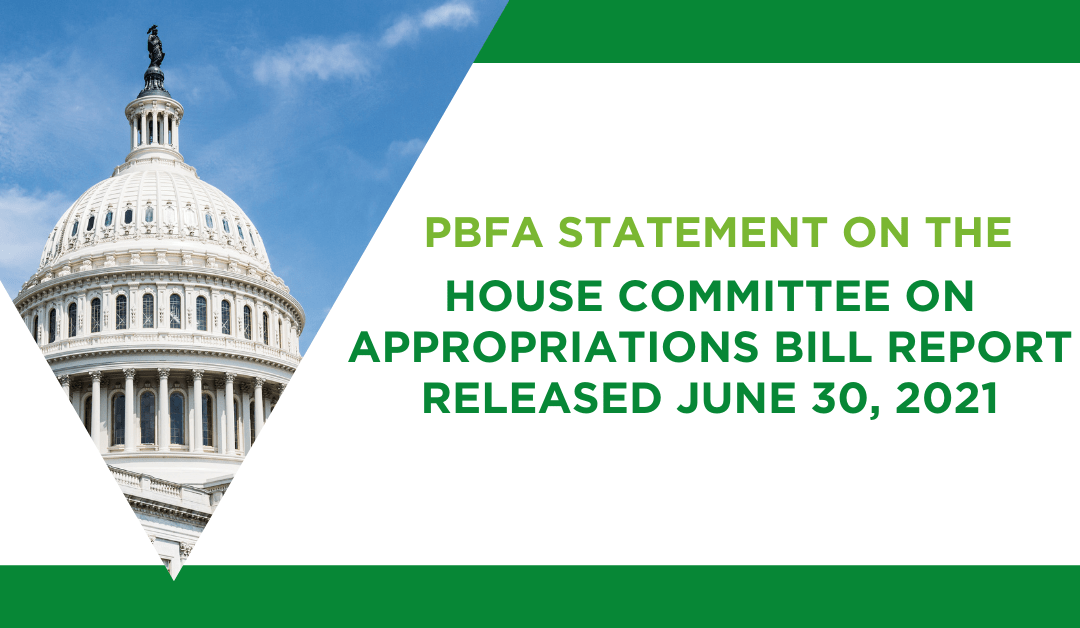 PBFA released the following statement today from Senior Director of Policy, Nicole Negowetti, on the U.S. House Committee on Appropriations report which notes with respect to plant-based foods that the committee “is concerned by the assertions being made that labeling of these products are misleading, deceptive, and confusing to customers.”

The Plant Based Foods Association welcomes the U.S. House Committee on Appropriations engaging on the subject of false assertions by animal meat, seafood, and dairy lobbyists that plant-based food labels are confusing to customers. To be clear, there is no consumer confusion in the marketplace: consumers know the difference between a cashew and a cow, and they are purposefully choosing plant-based foods as an alternative to conventional animal products for a variety of reasons – environmental concerns, health, allergies, ethics, and taste. Allegations of confusion are without evidence, and are attempts to skew the marketplace against plant-based foods, which are a growing and innovative segment of the market.

Plant-based food sales are exploding – in grocery stores across America, in restaurants, and in food service like cafeterias and ballparks – and that will continue as more and more consumers learn of the significant environmental, taste, and health benefits of eating plant-based. Because of the tremendous human and planetary health benefits of plant-based foods, the U.S. government should support the industry’s growth. In contrast, the animal meat, seafood, and dairy lobby is attempting to use government policy to stop the growth of the plant-based foods industry. PBFA welcomes support from Congress to explore and shed light on the unfounded attacks from the animal meat, seafood, and dairy lobbies to expose them for the anti-competitive, protectionist affronts that they are.