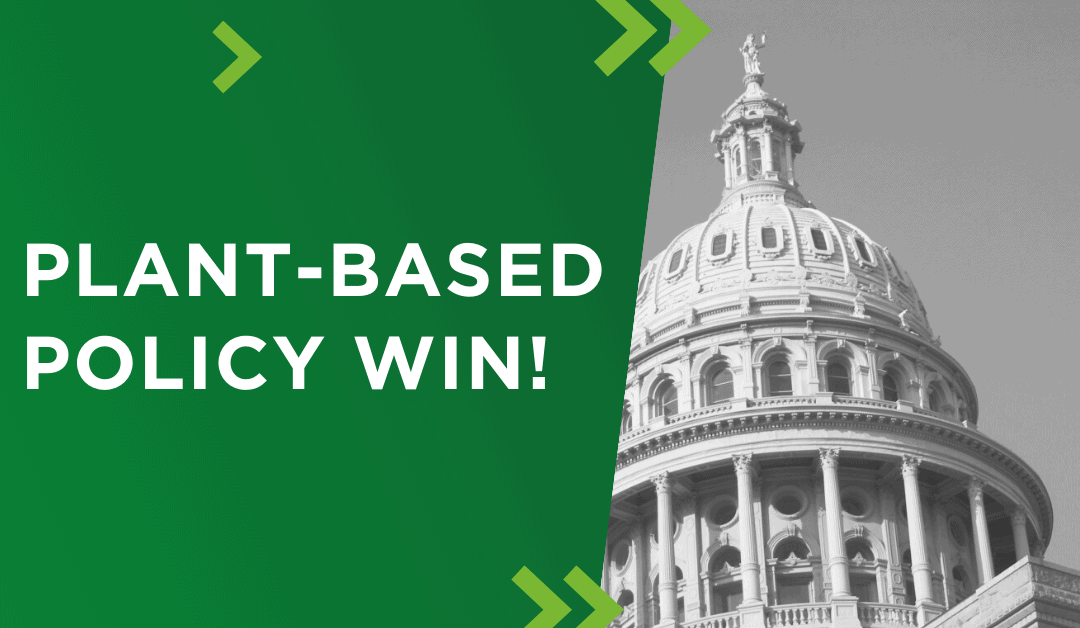 Great news on the plant-based labeling front – the Texas legislature recessed its 2021-22 legislative session without any of the multitude of restrictive labeling bills becoming law.

The cattle and animal-meat lobby made Texas a focal point in their effort to push legislative efforts to restrict the First Amendment rights of plant-based food companies to use truthful and accurate words and phrases that consumers understand. As the voice of the plant-based food industry, we stood up to these interest groups and their allies in the Texas legislature and were successful in preventing any of the bills from becoming law. It wasn’t always easy – there was a sustained push by the animal-agriculture industry to smear the plant-based food industry with misinformation, an advertising campaign, and aggressive lobbying – but we had the truth our side and were able to prevail in the end.

A special thank you to All Y’alls Foods – a Texas-based PBFA member – for stepping up locally and testifying in the Texas House against one of the restrictive labeling bills when it was up for a hearing. Having the local support of our members is one of the most effective ways of ensuring lawmakers understand the impact of bills on those who live and work in their states.

The Texas legislature has recessed until 2023. For the next 18 months, we’ll continue our work to educate Texas lawmakers on the facts around plant-based foods and their labels so that when these attacks come at us again, we’ll once again be poised for success.