Over the past week, PBFA rocked the Natural Products Expo in Baltimore, and then met with members of Congress to educate policymakers about our growing industry. Our panel, The Plant Based Foods Revolution – Sowing Seeds for Climate Friendly Eating, was expertly moderated by Elizabeth Kucinich, PBFA’s policy and partnerships consultant. The panelists were Kora Lazarski, strategic alliance manager at SPINS, Michele Simon, PBFA’s executive director, Michael Lynch, VP of marketing for Daiya Foods (and PBFA board member), and Mathis Martines, leader of emerging brands and innovation for Kroger (the nation’s largest supermarket chain). Kora presented data to the standing room only crowd showing how the plant-based foods industry (as currently defined by non-dairy beverages, meat and cheese alternatives, and tofu) is fast approaching $5 billion in annual revenue. Moreover, the category is growing at twice the rate of conventional grocery. Mathis described a “cultural shift” among consumers toward plant-based foods, saying: “As we move forward, we see this only growing.” All the panelists agreed that, unlike other food trends, this one is here to stay. The trade publication, Food Business News, covered the panel in this lengthy article. Later that evening, PBFA co-hosted a reception with PlantBased Solutions that featured wonderful cashew cheeses from Miyoko’s Kitchen. The room was filled with PBFA members, soon-to-be-members, investors, allied businesses, and other fans of plant-based. We had such a great turn-out that we ran out of room on our sign-in sheets! Following on our packed launch party at Expo West in March, the energy and excitement is another sign of the positive momentum in our growing industry. Taking advantage of the close proximity of Baltimore to our nation’s capital, two of our board members, Jaime Athos, CEO of Tofurky and Martin Kruger, COO of Follow Your Heart then joined Elizabeth Kucinich and myself in Washington DC. It was an important milestone, marking the first time PBFA members visited their political representatives.

We visited with seven members of Congress or their staff: California Senators Barbara Boxer and Diane Feinstein (Follow Your Heart is based in California), Oregon Senators Ron Wyden and Jeff Merkley, Oregon Representatives Greg Walden and Kurt Schrader (Tofurky is based in Oregon), and New Jersey Senator Cory Booker. We were received positively by each office as we explained how policy can help our growing industry. We shared our recent economic study, to show (for example) that our industry pays more than $1 billion in federal and state taxes each year, a figure that will only rise over time. 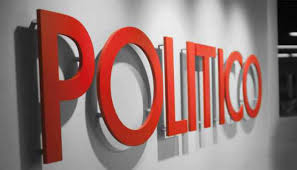 Given that the DC media outlet Politico covers food and agriculture policy daily, we made sure to pay them a visit as well. We were pleased to sit down with several members of the food and ag team, and they asked lots of good questions about PBFA’s policy agenda. We were especially happy to see a blurb about our DC visit in Politico’s “Morning Agriculture”, a must-read daily newsletter for food policy wonks. Here is what they wrote.

NEW TRADE GROUP PLANTS SEED ON HILL FOR NEXT FARM BILL: The Plant Based Foods Association is making the rounds on Capitol Hill this week, hoping to start a conversation with lawmakers that might influence the 2018 farm bill. The animal agriculture industry gets a lot of help through U.S. agricultural policy – everything from the subsidization of crops used for animal feed to limits on the kinds of milk supported by USDA school meal programs, the group’s leaders said during a visit Tuesday to MA’s palace in Rosslyn. The visitors included Michele Simon, the group’s San Francisco-based founder; Elizabeth Kucinich, a former lobbyist for the Center for Food Safety (and wife of former Rep. Dennis Kucinich); and Jaime Athos, a member of the group’s board and CEO of Tofurky, a Hood River, Ore.-based company.

More attention should be paid to the Dietary Guidelines, Simon said. “There is a disconnect between agriculture policy and public health,” she said. PBFA was formed in March with 22 members, but has grown to include 53. Simon told MA she was in nearby Baltimore for Expo East, the big natural and organic foods conference, and decided to pay a visit to the Hill, too. Rather than ask lawmakers for a specific change now, the group’s leadership said they are warming up Congress for a stronger push down the road. Ultimately, the group hopes to connect lawmakers to plant-based food makers in their districts.

In just six months since launching, PBFA has more than doubled our membership, met our 2016 budget, and is now recognized as the voice of the plant-based foods industry. Stay tuned for more!